Personalize every detail
We want you to wear clothing that truly reflects you & fits you perfectly. Go ahead customize every detail as per your preferences. Create something that is truly you - without compromise!

Your personal brand delivered
High-quality premium clothing delivered to your doorstep. We are building every second to make this the most convenient, easy & affordable experience for you. Look inside you, change!

FITTED BY A.i.   LEARN
MORE
IT ALL STARTED WITH A DREAM
A dream of limitlessness and a mindset of abundance

London 51.5074° N, 0.1278° W.
The year 2011, was seeing a fierce recovery from the Great Economic Recession of 2008. The year was also witnessing a pioneering growth of dotcom start-ups all across the world - the likes of Warby Parker and Airbnb were slowly becoming hallmarks of entrepreneurial grit and success and Facebook had shown to the world the potential of networking via technology. The same year also saw Sakshi frequenting London and Paris and spending many after work hours, sipping coffee at Starbucks, H.R.Higgins at Mayfair in London and at Cafe de la Paix in Paris. Most of the time was well spent in meeting old and new friends from fashion houses - Hermes, Gucci, Levi, and acquaintances from Savile Row. The long friendly chats and conversations were a great motivation and were enough to lay a foundation towards building a clothing brand that would exist to offer an alternate fit for everyone - the idea: ensuring a personal fit for all. And the idea consumed her mind.

Bangalore, India 20.5937° N, 78.9629° E
2011, In India, was the time when the Congress was working in the full force towards the most ambitious project ever executed - issuing a unique identification card for every individual for the worlds second most populous country of the world. Rishabh who had just graduated from the coveted IIT Kanpur saw himself amidst the hustle bustle of Bangalore working for the UIDAI project in building a system for running biometrics. As serendipity had its way, the 2 founders got connected over a micro-volunteering project which was Incubated at 'Unlimited India' in Mumbai and was founded by Rishabh. With a reasonable amount of planning and thought, the idea of Hangrr was born and the initial days were spent in both Bangalore and London in building the technology (that perhaps later laid the foundation of the Artificial Intelligence) and setting the supply chain.

Philadelphia: 9.9526° N, 75.1652° W
2016 - Philadelphia Eagles, Cheesesteak, an immersive culture of Wharton and the Entrepreneurial alumni were enough to persuade Rish to think about attending Wharton. The admissions committee found the matching stars and soon there was an interview call. Little did we know that this interview would put Hangrr into another orbit. A chance encounter with his college friend put us in Houston and there was no looking back. The quest to change fashion ground up globally intensified.

Singapore, 1° 17' N, 103.851959
And as the story goes on, a travel expedition to Singapore in 2016, Sakshi got networking with the Finance and Consulting professionals in the world's most buzzing city. Friendly meetings and fireside chats over 'Kopi', further strengthened the belief in the need for organizing the existing the unorganized custom clothing business - towards building a more reliable and tech-enabled solution. Hangrr got its beginning in Singapore from a PE VC Event that year and the company decided to set up its world-class customer support in the heart of the city.

With customers spread across 28 countries & growing, we are changing clothing ground up. From AI to path-breaking manufacturing we are ensuring a great well-fitted product at a fraction of the cost by eliminating every middleman.

MORE ABOUT OUR TECH

-- REINVENTING THE WAY YOU SHOP FOR CLOTHES -- 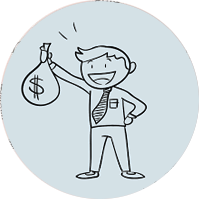 Hey, we couldn't find your location. Could you help us?

Please select from one of the options below -